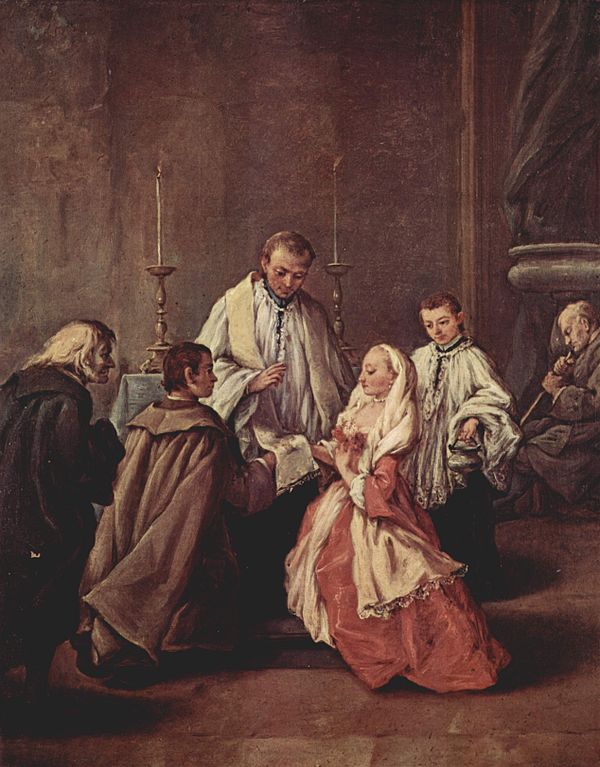 Thanks to movies and television, Jane Austen’s novels, especially PRIDE AND PREJUDICE and PERSUASION, are synonymous with happy-ever-after. Many love her works as romantic courtship novels. Ironically, Jane Austen has also been embraced as a feminist author, thanks to her subtle criticisms of male-dominated education and economics, and her personal unmarried state. In recent years, speculation on her personal love life and reasons for her failure to marry has generated a variety of novels and movies as well. The fact remains that marriage is a central point of her novels. There is a conflict common in all of her novels, again especially visible in PRIDE AND PREJUDICE: marriage as a romantic state versus marriage as a means of financial support. This conflict was present throughout Austen’s life, and was the dichotomy for gentlewomen of her time. On one hand, Romantic thought required a marriage based only on mutual love, a one-time event. On the other hand, reality saw many women propelled into marriage solely for financial support. The same reality forced many widows into remarriage, regardless of their desires. A shortage of eligible males and women’s vulnerability to changes of status exacerbated the situation.

Jane Austen knew that marriage did not provide a guarantee of financial security. Money was lost, as in brother Henry’s bankruptcy. (Mrs. Smith in PERSUASION epitomized a woman’s vulnerability when a family fortune was decimated.) Inheritance laws distributed assets, resulting in distress, as illustrated by Mrs. Bennet’s obsession with the entailment that would result in Mr. Collins’ inheriting Longbourn when Mr. Bennet dies. There was no assurance that family members would aid an unattached female. Romantic fervor did not always last. A rise of divorce, particularly well-publicized in Austen’s time as it was still an expensive rarity, showcased a woman’s vulnerability in marriage. High society divorces occurred, such as that of Lord and Lady Worsley, in Jane Austen’s lifetime, and she was aware of them. In SENSE AND SENSIBILITY, Colonel Brandon disclosed the sad fate of his first love to Eleanor: an heiress forced into an unloving marriage with his elder brother, mistreated, seduced, ultimately divorced and left with inadequate means of support despite her personal fortune (which remained in her husband’s hands), leading to her complete ruin.

I believe that Jane wanted to be married. However, her definition of marriage seems to have been very specific: a union of shared tastes and interests, mutual affection and mutual respect. Neither financial security nor romantic love (or infatuation) individually was enough. PRIDE AND PREJUDICE contained multiple examples of marriages that were unhappy because the partners were unequally matched in terms of education, interests, respect, infatuation that cooled or other circumstances. Mr. and Mrs. Bennet’s relationship was the classic portrait of unequal marriage: her pretty face and flirting caught the eye of an educated young gentleman. His disillusionment, loss of respect and withdrawal from his wife had an extremely damaging effect on their children. (The differences between Jane and Lizzie (early products of the marriage), and Mary, Kitty and Lydia (later products of the search for a son and heir) showed the deleterious effect on the family as a whole of Mr. Bennet’s disenchantment with his wife ).

The marriage of Charlotte and Mr. Collins highlighted another unequal match: her need to find a place with a modicum of security so she would not be a charge on her brother or father led her to coolly pursue marriage to a singularly unsatisfactory man. Her superiority of taste and thought versus his foolishness did not lead to disillusionment for Charlotte but resulted in a constant effort to find satisfaction in her own abilities to counter the loneliness and frequent humiliation she experienced in her life with Mr. Collins. Lydia and Wickham was the ultimate mismatched couple, with no hope of any real comfort. Their marriage was the outcome of an elopement propelled by her giddy infatuation with the military and his taste for debauchery, and only occurred because Mr. Darcy had the means to compel Wickham to marry Lydia. They had no real affection for each other, no home or significant money of their own and no welcome from family or friends. Lydia had no significant hope of security (she had no internal or financial resources of her own, and Wickham’s unsteadiness and lack of a stable profession other than the military left them living on the edge of disaster).

Other novels in Ms. Austen’s body of work contain examples of unequal marriages as well: Sir Thomas and Lady Bertram in MANSFIELD PARK, and Charles and Mary Musgrove in PERSUASION are only a couple of examples. In PERSUASION, Lady Russell was in no hurry (or was possibly unwilling) to change her widowed state which allowed her full control of her life and her funds. Certainly, she showed no interest in pursuing Sir Walter Elliot. In her Juvenilia, “Catharine or the Bower” in Volume the Third contains the story of a young lady who, against her personal inclinations, went to India to find a husband and was “Splendidly, yet unhappily married.”* (This story is based on her own family experience, as her aunt Philadelphia, her father’s sister, went to India and was married there.)

Jane Austen withdrew into premature spinsterhood, reluctantly yet almost with relief. Was it due to the loss of an early love, or a strong-willed desire to control her own destiny? Were there other factors? Jane advised her niece not to marry without affection. Her novels show the pitfalls of unequal, unloving or imprudent marriages, and the merits of marriages that combine affection, shared tastes and other benefits. Her heroines achieved the ideal state of being married happily and advantageously. However, her novels seem to contain more illustrations of the less satisfactory relationships than the happy ones. While the characters and circumstances involved in these less-than-happy marriages added greatly to the entertainment factor of the stories, one can’t help but see a warning of the dangers of marriage entered into lightly or for the wrong reasons.

With her family’s support and encouragement, Ms. Austen enjoyed writing and earning her own money. She was proud of her work and very interested in the financial reward of it. She saw women’s need for improved education and the ability to provide for their own support. Her sharp wit and keen observations were, and are still, admired. We should also consider her emotions as a girl and young woman, and how those emotions affected her writing. Did she truly feel a “splendidly engaged indifference”*. to marriage, or was she making the best of her unmarried state? When Mr. Bigg-Wither proposed in December 1802, he offered Ms. Austen a comfortable life in a family she knew and liked; his sisters were close friends. However, she did not particularly like or admire him personally. She accepted, and then withdrew her acceptance the next day. Her acceptance shows she was aware of the advantages that marriage to Mr. Bigg-Wither offered; her withdrawal shows that she valued respect and esteem more.

Jane Austen evolved from a girl dreaming of marriage into a determined spinster unwilling to settle for second best, as shown in family records, her letters and her novels. In PERSUASION, Anne Elliot defined good company as “the company of clever, well-informed people, who have a great deal of conversation….”*** In my opinion, the character of Anne Elliot and this quote in particular reveal Jane Austen’s personal views and desires regarding relationships in general and marriage in particular most clearly. Jane was a woman of her time, a realist, who understood her family’s situation. She was also a woman of feeling, in a loving family. Choice as well as circumstances led to her decision to stay a spinster. Her wit and observations gave her writings humor, while her emotional growth allowed her to combine the sparkle of youthful hope, the caution of experience in adulthood and the wisdom of maturity in her stories.

3 responses to “Jane Austen and Marriage”